A simple idea shapes de building: eleven load-bearing walls divide the building into ten three-meter-wide bays where a patio, a bedroom or a staircase can be placed. These walls order the façade and the floor plan of the building.

The street façade has an urban and domestic character: between the ribs, the game of full and empty gives a vibrant ritual to the passage. On the ground floor, the load-bearing walls become buttresses through which the accesses are made. The permeability of the enclosures transmits security and life on the street. Some plants with native spices such as rosemary are staggered following the slope of the street and acting as a filter between the interior and the street.

The façade of the block patio is more open to take advantage of the good orientation and greater privacy. The holes in the windows are larger and the sunscreens make the building more dynamic with their use.

The outward appearance and the use of colours play an important role. The building is covered with pink brick that gives it a marked, but sweet character at the same time, which fits in with the red trees on the street.

We propose a mixed structure with ceramic load-bearing walls and counter-laminated floors (CLT). An optimal system for small lights where the structure itself is the generator of the spaces. The ground floor and the basement are built in concrete and on top of this base the mixed structure of six floors is supported. 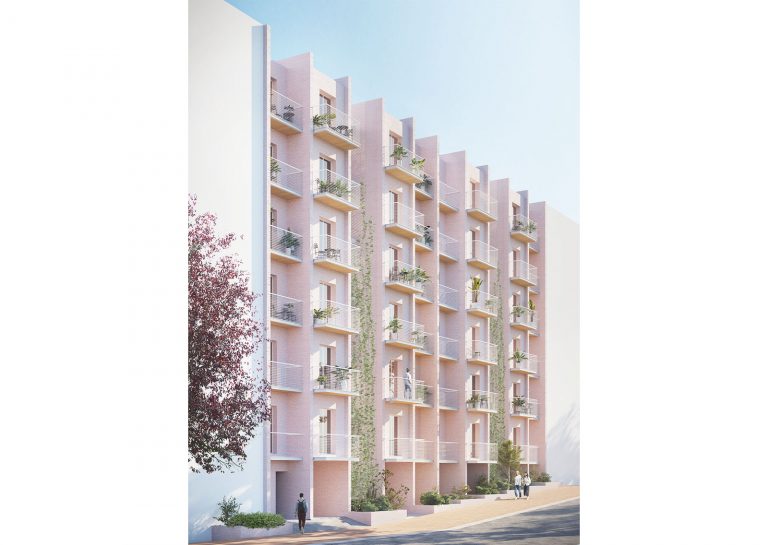 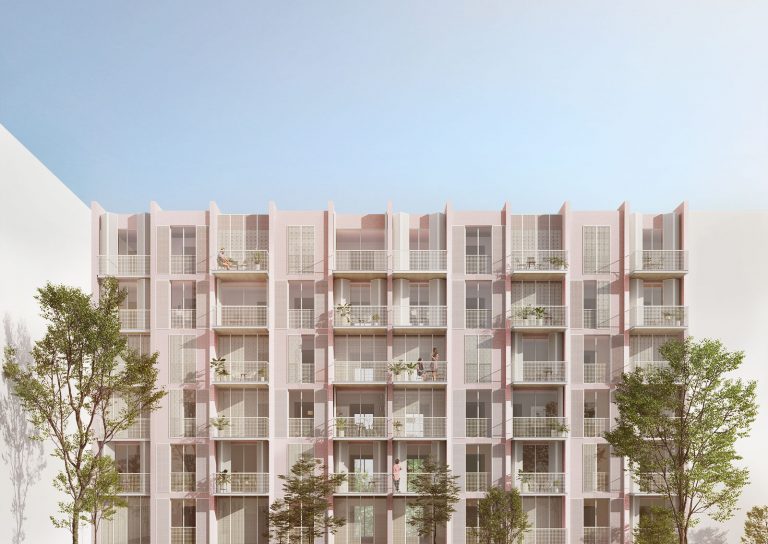 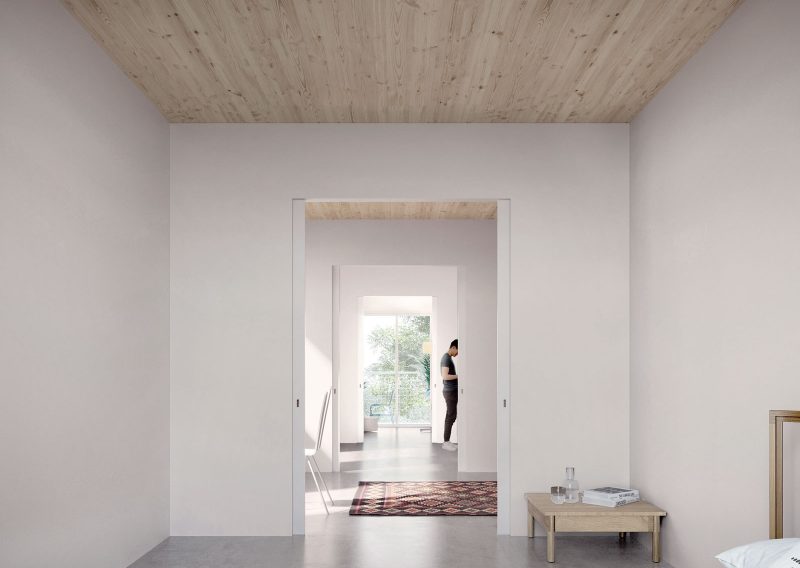 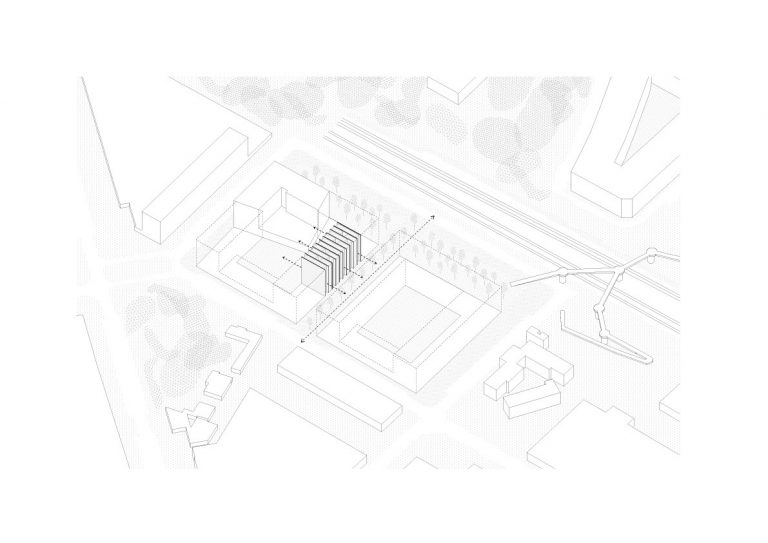 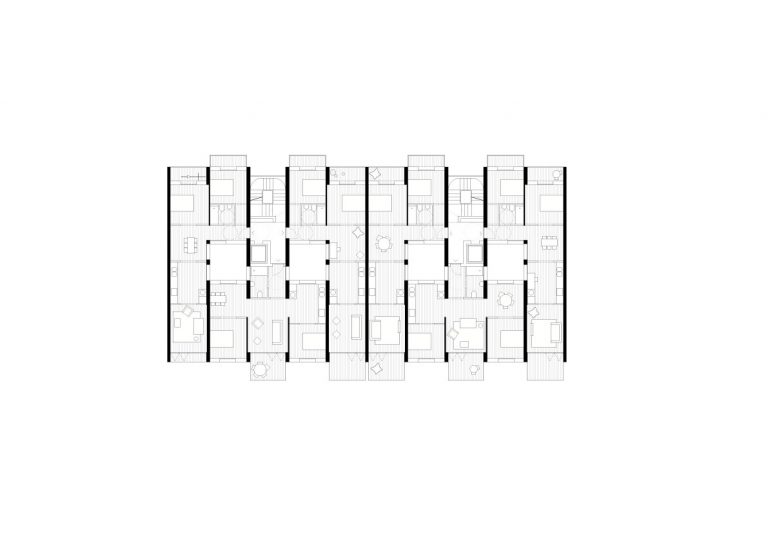 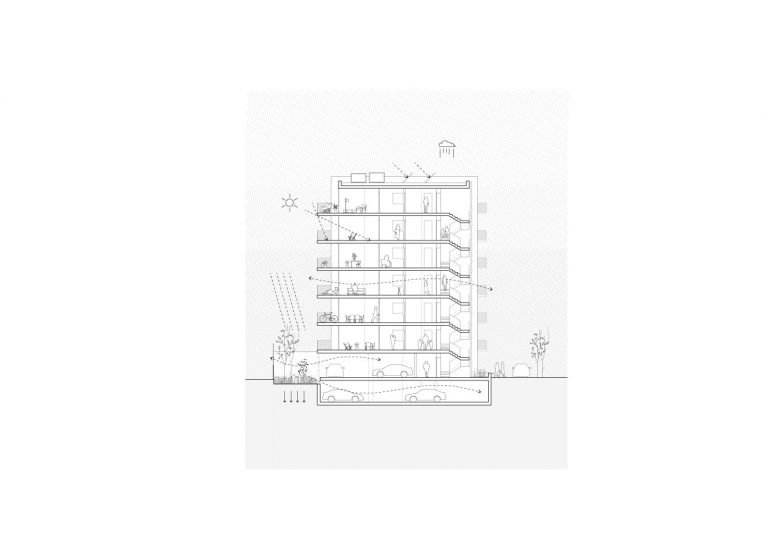 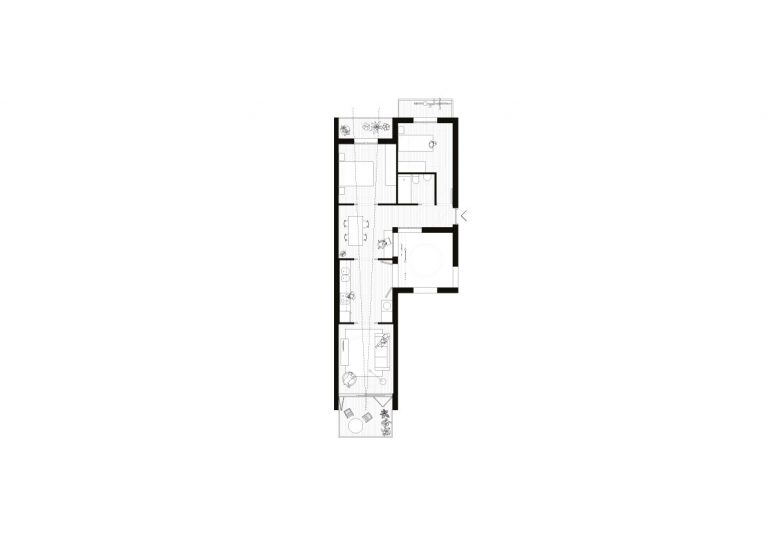